H2 Molecular Hydrogen is gaining some very beneficial attention from the medical and non-medical world for its therapeutic potential.  Interest in Molecular Hydrogen has been as recent as 2007 and  demonstrations such as gas inhalation, ingesting in aqueous (water) solutions or intravenous injections has shown to be very effective to the body.

One of the four main gases is in the universe, along side Carbon, Nitrogen and Oxygen, Hydrogen has and is playing an important role in the evolution of life.

Through evolution Hydrogen has also played an important role in its relationship with animals and plants through the bacteria and holding levels of eukaryotes (an organism consisting of a cell or cells in which the genetic material is DNA in the form of chromosomes contained within a distinct nucleus. Eukaryotes include all living organisms other than the eubacteria and archaea).

Molecular Hydrogen has unique physicochemical (physical and chemical) properties of  size, mass and its superb ability to distribute and penetrate bio membranes (i.e cell membranes, blood-brain, placental and testis barrier) and even as far as the mitochondria, nucleus.

It has always been with us, and now we are able to capture the benefits through various applications.

Research being conducted, while is still in its infancy and showing very promising indeed.

While the mechanisms and primary targets are not fully understood, the therapeutic effects of Hydrogen in ALL life are becoming widely recognized. More and more peer-reviewed articles and researchers are sharing their findings on the medical benefits of Hydrogen.

I am very Excited that I can share this with you and look forward to sharing more.

Find out more on the H2 Water Fountain

Thank you to the wonderful work of http://www.molecularhydrogeninstitute.com/

They have some great articles and are a non-profit organisation and are an authority of Hydrogen.

We're not around right now, but you can send us an email and we'll get back to you asap. 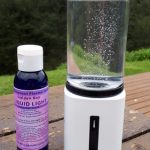 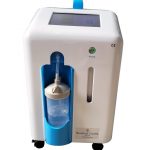